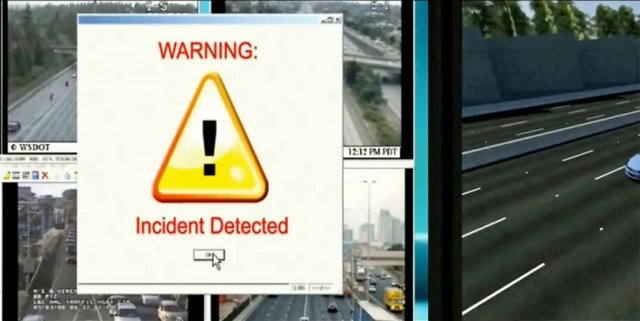 Hacks that allow spies, villains, or terrorists to manipulate traffic signals may seem like the exclusive province of action movies, but a well-known security researcher says they're not as far-fetched as many people may think.

Cesar Cerrudo of security penetration testing firm IOActive said he has identified more than 50,000 devices in New York, Washington DC, Los Angeles, and cities in at least seven countries around the world that can be hacked using inexpensive gear that's easy and—at least in the US—legal to obtain and operate. The equipment Cerrudo used included a drone flying at heights of 650 feet and radio hardware that sells for $100. With more sophisticated transmitters, antennas, and other hardware, he said an attacker could be as far away as two miles from the targeted signals.

Facebook will extend its advertising business by distributing ads from its marketers to third-party mobile apps.

The State Department unveiled Wednesday that it is widely employing social media as a method to counter online violent extremism from Al-Qaeda and others.

Buried in an intelligence report published Wednesday, the government said that the Center for Strategic Counterterrorism Communications (CSCC), established in 2011, last year produced more than 10,000 online postings globally, some of which included one of 138 government-produced videos.

"CSCC's programs draw on a full range of intelligence information and analysis for context and feedback. CSCC counters terrorist propaganda in the social media environment on a daily basis, contesting space where AQ and its supporters formerly had free rein. CSCC communications have provoked defensive responses from violent extremists on many of the 249 most popular extremist websites and forums as well as on social media," said the document, Country Reports on Terrorism 2013 (PDF).

The jury deciding the $2.2 billion patent-infringement lawsuit between Apple and Samsung began its first full day of deliberations trying to tackle the question of what Steve Jobs said when he decided to sue Samsung and whether he also wanted to go after Google.

DreamWorks CEO Jeffrey Katzenberg said movies will eventually have a three-week release window after which the public will pay to see them based on screen size.

FreeBSD Security Advisory FreeBSD-SA-14:09.openssl [REVISED]
Critics who say a new U.S. Federal Communications Commission proposal to restore net neutrality rules is too weak are increasing pressure on the agency to reclassify broadband as a regulated, common-carrier service like the traditional telephone network.

Ever looked at an app and decided not to try it because you didn't want to share your data? Facebook is trying to remove that stumbling block with a new service called anonymous log-ins that was announced Wednesday.

Mobile computing and workplace collaboration experts offer advice on how you can boost communication and productivity among your mobile employees.

Google will no longer scan the email messages of students and other school staff who use its Google Apps for Education suite, exempting about 30 million users from the chronically controversial practice for Gmail advertising.

We've received multiple reports regarding impact to UltraDNS services which are allegedly the result of a 100Gb/s attack on one of their customers, which in turn is causing latency for others. Monitor #ultradns for the time being as no official report has been released yet by UltraDNS. One reporting party did indicate that they learned that the management of UltraDNS had said that one of their customers was being attacked and that they black-holed that customer to get back on trend. Resolver nodes around the world are resetting.

Update as of 1045 PST: UltraDNS is still not stable as customers are still having intermittent DNS resolution failures

Update as of 1100 PST: UltraDNS still propagating changes from the attack this morning and hope to be complete as of approximately 11:30 PST. Intermittent issues still remain for customers. Always a bit ironic when those who sell DDoS protection are themselves adversely impacted by DDoS. :-)

Update as of 1240 PST: Direct quote from Neustar UltraDNS - "Currently, the Neustar UltraDNS Operations and Security teams continue to work with our Tier One Providers to further refine upstream mitigations within the Carriers networks. Additionally, the Neustar team is working on adding additional UltraDNS Name Servers into active mitigation. The DDoS traffic continues to shift attack vectors and our teams are working on altering countermeasures to insure stability of
service as quickly as possible.
At Neustar, we are committed to providing the highest levels of performance and reliability through the products and solutions we deliver. Please feel free to contact our 24x7 UltraDNS Support Team at [email protected] with any questions or concerns."

Update as 1400 PST: "The Neustar UltraDNS Operations and Security teams have the majority of the UltraDNS customer base in mitigation on our DDoS mitigation
network. Currently, only customers utilizing a segment of UltraDNS Name Server addresses (PDNS1-PDNS6) are experiencing resolution latency due to intermittent network saturation in the Western US. We continue to aggressively refine mitigations for these customers and hope to have the issue resolved shortly."

NOTE: Customers are indicating that Neustar UltraDNS has been providing constant updates (5 or 6 now) which should be seen as a positive response to a difficult situation.

Taking a step into the rapidly emerging market for software-defined storage, Red Hat has agreed to acquire Inktank, the company behind the Ceph open-source storage system, for approximately $175 million in cash.

In the world of tech and non-tech managerial roles, if you want a seat at the big table or you have aspirations of greatness, then certain leadership skills are necessary to take you to the next level. But how can you actualize leadership and define what makes a great leader? We spoke with authors, industry and IT career experts to find out what you can do to build your leadership skills to world-class.

Enterprises have an average 461 cloud apps running in their organizations (nine to 10 times IT's estimates), according to some reports. Line-of-business managers hesitate to bring in the CIO out of fear of being blocked. If CIOs can remove this fear, everyone, it turns out, benefits.

Sony has developed a magnetic tape material that can store data at 148 gigabits per square inch, roughly 74 times the density of standard tapes.

The pace of change is too slow for most people now alive to see parity in their lifetimes.

LG Electronics has sent out invites to an event on May 27, at which the company is expected to launch its next flagship smartphone, the G3, as well as the Android Wear-based G Watch.

Cisco Unified Contact Center Express CVE-2014-2180 Arbitrary File Upload Vulnerability
IT can never take all the risk out of a supply chain, but it can help organizations minimize their vulnerability in a world of new threats.

Target is upgrading the security of its store-branded payment cards and making other network improvements as it seeks to restore confidence after one of the largest-ever data breaches last year.

EMC will give users a peek at its progress toward software-defined storage next week at EMC World in Las Vegas, demonstrating a virtualized VNX array developed under a program called Project Liberty.

Microsoft is bringing its Xbox One to China this September after the nation recently ended a ban on foreign-made video game consoles.

3D printing will become a mainstream production method within a decade as the range of industrial applications skyrockets and printer speeds double or triple.

Yesterday afternoon, the White House put out a statement describing its
vulnerability disclosure policies: the contentious issue of whether and
when government agencies should disclose their knowledge of computer
vulnerabilities. The statement falls far short of a commitment to network
security for all and fails to...

If smartwatch development can be thought of in terms of dance crazes, the next phase might become the Twist.

The global threat to core IT infrastructure by hackers has created the
conditions for security certification skills. When enterprise systems
networks are violated by way of internet service providers (ISP) or
unauthorized access to designated user login credentials,...

In a report, the Defence Ministry’s Second Investigation Department also
said it had...

After causing widespread panic and changing of passwords, the Heartbleed
bug has largely disappeared from the news. Yet the implications of the
discovery are still being debated across the computer industry. The
biggest concern for security experts is how to preëmpt other flaws lurking
in the Internet’s...

State-backed hackers are aiming to create "war-like activities" that could
harm economic growth in Europe, the region's cybercrime chief warned on
Tuesday.