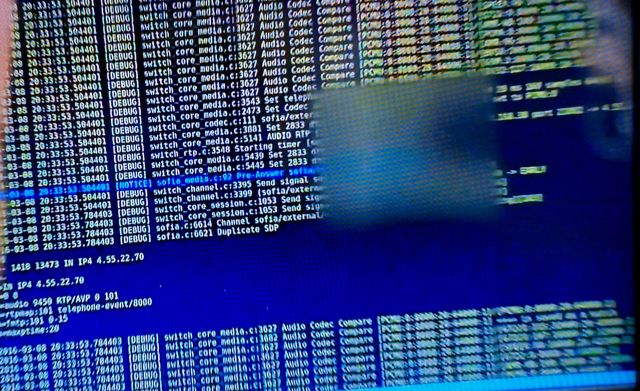 A US congressman has learned first-hand just how vulnerable cellphones are to eavesdropping and geographic tracking after hackers were able to record his calls and monitor his movements using nothing more than the public ten-digit phone number associated with the handset he used.

The stalking of US Representative Ted Lieu's smartphone was carried out with his permission for a piece broadcast Sunday night by 60 Minutes. Karsten Nohl of Germany-based Security Research Labs was able to record any call made to or from the phone and to track its precise location in real-time as the California congressman traveled to various points in the southern part of the state. At one point, 60 minutes played for Lieu a crystal-clear recording Nohl made of one call that discussed data collection practices by the US National Security Agency. While SR Labs had permission to carry out the surveillance, there's nothing stopping malicious hackers from doing the same thing.

The representative said he had two reactions: "First it's really creepy," he said. "And second it makes me angry. They could hear any call. Pretty much anyone has a cell phone. It could be stock trades you want someone to execute. It could be a call with a bank." 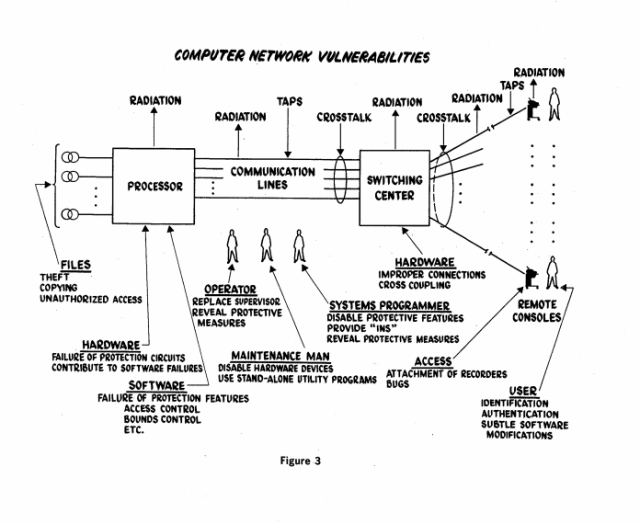 Networks may look different, but the security problems are basically the same.

The National Security Archives at George Washington University has just added a classic text of computer security to its "Cyber Vault" project—the original version of what came to be known as the "Ware Report," a document published by the predecessor to the Defense Advanced Research Projects Agency in February 1970. And as much as technology has changed in the 46 years that have passed, the Ware Report would still hold up pretty well today with a few notable edits.

The document, officially entitled "Security Controls for Computer Systems: Report of the Defense Science Board Task Force on Computer Security," was the result of work undertaken in 1967 at the behest of the Advanced Research Projects Agency (ARPA, now DARPA) to deal with the risks associated with the rapid growth of "multi-access, resource-sharing computer systems"—the primordial network ooze from which the Internet would be born. Authored by a task force led by computer science and security pioneer Willis Ware, the report was a first attempt to take on some of the fundamental security problems facing a future networked world.

The Ware Report included a list of conclusions and recommendations that (based on recent data breaches and security failures) many have failed to take to heart. The first of these is one that recent ransomware attacks seem to show that organizations have forgotten. "Providing satisfactory security controls in a computer system is in itself a system design problem," Ware wrote in the summary memo accompanying the report. "A combination of hardware, software, communication, physical, personnel and administrative-procedural safeguards is required for comprehensive security. In particular, software safeguards alone are not sufficient."

wants to get more hints about Retefe, in the references you can find information about analysis of previous samples.