Advanced Micro Devices will release a new tablet chip code-named Mullins that draws about half as much power as its predecessor, the Temash chip, as the company struggles to compete with Intel.

Dropbox is hoping to capitalize on the growing use of its file hosting service among businesses with a new product built from scratch that is designed to help companies improve workflow processes.

A House committee met with an all-star federal CIO panel Wednesday for answers about Healthcare.gov's recent problems. More importantly, it seemed as though the committee wanted someone to blame.

Private clouds offer "none of the benefits" of a robust public cloud, and are only a stopgap solution perpetuated by "old-guard" IT companies such as IBM, said Andy Jassy, Amazon senior vice president who heads up Amazon Web Services.

Microsoft today shut down talk that it would soon stop shipping new versions of its Exchange Server, promising it would continue to develop and release the popular email software for on-premise use.

Several advocacy groups are calling for an investigation into Internet companies Yahoo and Google whose networks were secretly accessed by the National Security Agency.

More than 106,000 U.S. residents have selected health insurance plans, but only 27,000 did so through the flawed HealthCare.gov, during the first month of enrollment through the U.S. government's Affordable Care Act.

Top IT officials from U.S. President Barack Obama's administration insisted HealthCare.gov is as secure as possible, despite questions raised from inside the government before the flawed website's launch.

While the impact of Apple's iPhone is obvious to anyone who follows the tech industry, attorneys Wednesday took a California jury back to the phone's 2007 unveiling to remind them just how important the device was, as Apple and Samsung began arguing over patent infringement damages that could run into hundreds of millions of dollars. 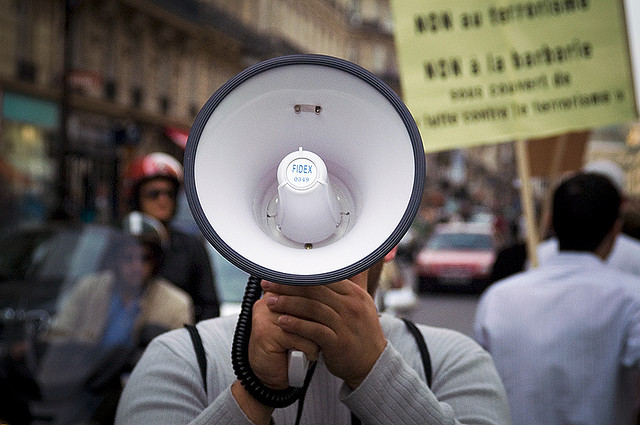 The group that hacked MacRumors Forums and made off with password data for more than 860,000 users has no plans to use that data to mass compromise the accounts of people who use the same login credentials on other sites.

The pledge was made in this post by a user who supplied confidential password details that weren't publicly available. Among other things, that information included partial cryptographic hash corresponding to the password of MacRumors Editorial Director Arnold Kim, as well as the cryptographic salt used to increase the time required to crack it. Kim told Ars that those and other confidential details included in the post were "legit." The user went on to defend the hack as a benign undertaking designed to sharpen the skills of both the hacker and the MacRumors administrators.

"We're not logging in to your gmails, apple accounts, or even your yahoo accounts (unless we target you specifically for some unrelated reason)," the user known simply as Lol wrote. "We're not terrorists. Stop worrying, and stop blaming it on Macrumors when it was your own fault for reusing passwords in the first place."

Several of the largest retailers in the U.S. will sell older-generation Apple and Microsoft tablets at cut-rate prices during their Black Friday sales drives.

NASA used 141 wide-angle images to create a panoramic view of Saturn, its moons and rings -- and with Earth in the background.

The new BlackBerry Z30 smartphone with a 5-in. display goes on sale Thursday online, exclusively at Verizon Wireless, for $199.99 with a two-year contract, the carrier said

Adobe Systems released security updates for Flash Player, AIR and ColdFusion to fix critical vulnerabilities that could allow attackers to take control of affected systems or read information from servers without authorization.

Jason Snell gets his hands on the new iPad Mini with Retina display. Can its small size beat out the iPad Air for a place in his heart and his backpack? After half a day with it, he shares his first impressions.

Google's Motorola unit unveiled the Moto G smartphone today priced at $179 unlocked, less than half the price of most high-end unlocked smartphones on the market like the iPhone 5S.

Microsoft is abandoning a ranking system that has been blamed for hampering innovation and pitting employees against one another.

Microsoft has joined forces with development platform vendor Xamarin to make it easier for Windows developers to create cross-platform apps for smartphones, tablets and PCs.

Recognizing how organizations need to produce and update their software more quickly, Microsoft has added an array of services around its Visual Studio IDE to help developers update and manage their software after it goes into production.

Google's Motorola unit unveiled the Moto G smartphone today priced at $179 unlocked, less than half the price of most high-end unlocked smartphones on the market like the iPhone 5S.

Even after obtaining the encryption keys from secure email provider Lavabit through a court, the government was prevented by the court order and various laws from accessing other Lavabit users' accounts, the U.S. Department of Justice said Tuesday in a filing in an appeal by Lavabit.

NASA engineers have fixed a software glitch that had stalled the Mars rover Curiosity during a software upgrade last week.

Microsoft is investigating the use of fuel cells to power data centers, arguing in a paper released Tuesday that its studies find it a technology with much potential.

Google's Nexus 5 offers a high-end Android experience at a low unlocked price -- but is it worth owning? Here's a detailed look at what the phone's like to use in the real world.