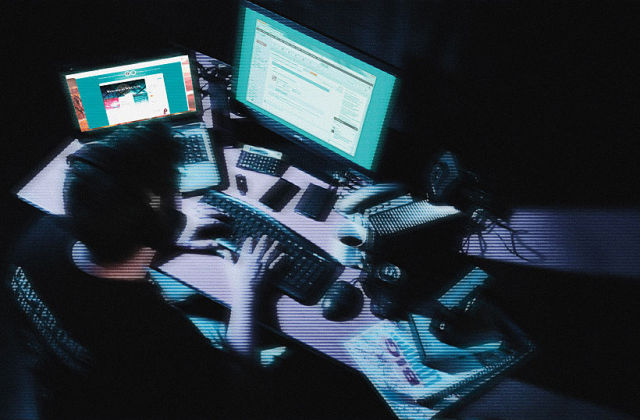 Want a job in infosec? Your first task: hacking your way through what many call the "HR firewall" by adding a CISSP certification to your resume.

Job listings for security roles often list the CISSP (Certified Information Systems Security Professional) or other cybersecurity certifications, such as those offered by SANS, CompTIA, and Cisco, as a requirement. This is especially true in the enterprise space, including banks, insurance companies, and FTSE 100 corporations. But at a time when the demand for good infosec people sees companies outbidding each other to hire top talent, and ominous studies warn of a looming cybersecurity skills shortage, experts are questioning whether certifications based on multiple choice tests are really the best way to recruit the right people.

"I give that bit of advice to listeners who ask me for career advice to get their foot in the door," Jerry Bell, who runs the Defensive Security podcast and leads the internal security strategy team for a large global IT services company, told Ars. "Indeed [I do] describe it as getting through the 'HR firewall.' So, I suspect this is common advice given and used by many people."

While at SANSFire a few weeks ago, I had the good fortune to sit in on Robert M. Lee as he taught ICS515: ICS Active Defense and Incident Response (https://www.sans.org/course/industrial-control-system-active-defense-and-incident-response). Im not responsible for defending a power-plants network nor do I have a manufacturing floor in my enterprise. Ive also not worked with Modbus outside of CyberCity (https://www.sans.org/netwars/cybercity). However, like many of you, I have certain business-critical systems running on legacy hardware or requiring now-unsupported Operating Systems. These are the systems that you cant patch, or that even if they experience a compromise, you cant immediately shut them down. How to you secure networks with such constraints?

Why are these even connected to the Internet to begin with? many would ask (see the last entry, Pentesters (and Attackers) Love Internet Connected Security Cameras! (https://isc.sans.edu/forums/diary/Pentesters+and+Attackers+Love+Internet+Connected+Security+Cameras/21231/) for more examples of the problem.)

That is obviously step one, dont connect critical systems directly to the internet. But what about your internal, flat network? You may find yourself responsible for such a situation, how do you go about rearchitecting the network? Start small by isolating the critical systems from the general network. That MRI machine that youre not allowed to patch, probably shouldnt visible from everywhere in your network, also it probably shouldnt be able to go everywhere in your network, or perhaps even to the internet (its not like its reaching out to get regular updates or anything.)

If you have a poorly-architected network, you probably have a poorly instrumented one. Kill two-birds with one box by dropping in a system between your general network and your critical systems. This will act as both firewall and sensor. Your critical systems wont be moving as much traffic as your perimeter and general network, so take the opportunity to collect full packet captures, or just run Bro to extract certain artifacts and keep netflow or ipfix data, this will be used later...

Just as you limit access to and from the critical systems, lock down what these can be used for. These systems shouldnt have general internet access, if they require certain access run a proxy for them to constrain that access. They also shouldnt be getting email (although they might be sending it.) Its simply policy of least privilege re-tuned a little.

Youve probably run into some resistance trying to get application whitelisting deployed out to your general users. These critical systems are perfect locations to get started with the technique. If any systems have formal change-control policies, these are likely the systems, they update rarely, and you want to be alerted at any changes made to the system as soon as possible.

These should probably be your most-instrumented systems on your network. New services shouldnt be appearing and disappearing, the files on the system should remain relatively static, so something like tripwire or samhain (http://www.la-samhna.de/samhain/) wont be generating a lot of alerts, and if they do, theyll not likely be false alarms.

This is also a good place to start testing any anomally detection tools. These systems are tied closely to your business, so theyll likely mimic the activity cycles of your business. Changes to their regular cycles should be detected and scrutinized.

Other Things I Learned...

There are going to be times when you just cant immediately follow your IR process, either the system is to unstable support your forensic agents, or a business process will trump your urge to clean up a malware infection for a period of time. This class gave me a framework for handling those decisions as well as providing more options than simply nuke it from orbit.

It also gave me more context around how Indicators of Compromise (IoC) are created and used in the ICS community. In my circles an IoC of DNS traffic to 8.8.8.8 is usually scoffed at. While that might be common behavior in a general user population, you probably shouldnt see it coming from you citys traffic-control network.

If you dont think youve got ICS equipment in your environment, ask yourself a couple of questions. Do I have a building thats four or more stories tall? If yes, you likely have some sort of building management solution in place. Look for BACnet (look for UDP/47808.)

Do I have a datacenter? If yes, then you likely haveindustrial Uninterruptible Power Supply units, air handlers, and coolers. Say, who manages those for you? Do they VPN to do that? Do they have a cellular card in them for remote management?